Roy is a US Veteran who requires oxygen and must use a walker/chair to leave his home. 4 very large steps from his front door to his driveway made getting out of his house very hard for him and his wife. He was missing scheduled doctor appointments and not able to connect to his friends and family. After Roy reached out to RampsRVA, Ramps reached out to our loyal corporate partner, Altria. The Altria Salute group, which was formed to help veteran’s in need in the community, responded immediately. The put together a team of volunteers who braved cold temperatures and the threat of rain to spend the day building a ramp for Roy. Right as the ramp was completed, Roy’s wife pulled into the driveway to see him testing the ramp. She began to weep and gave heartfelt thanks to the build team. 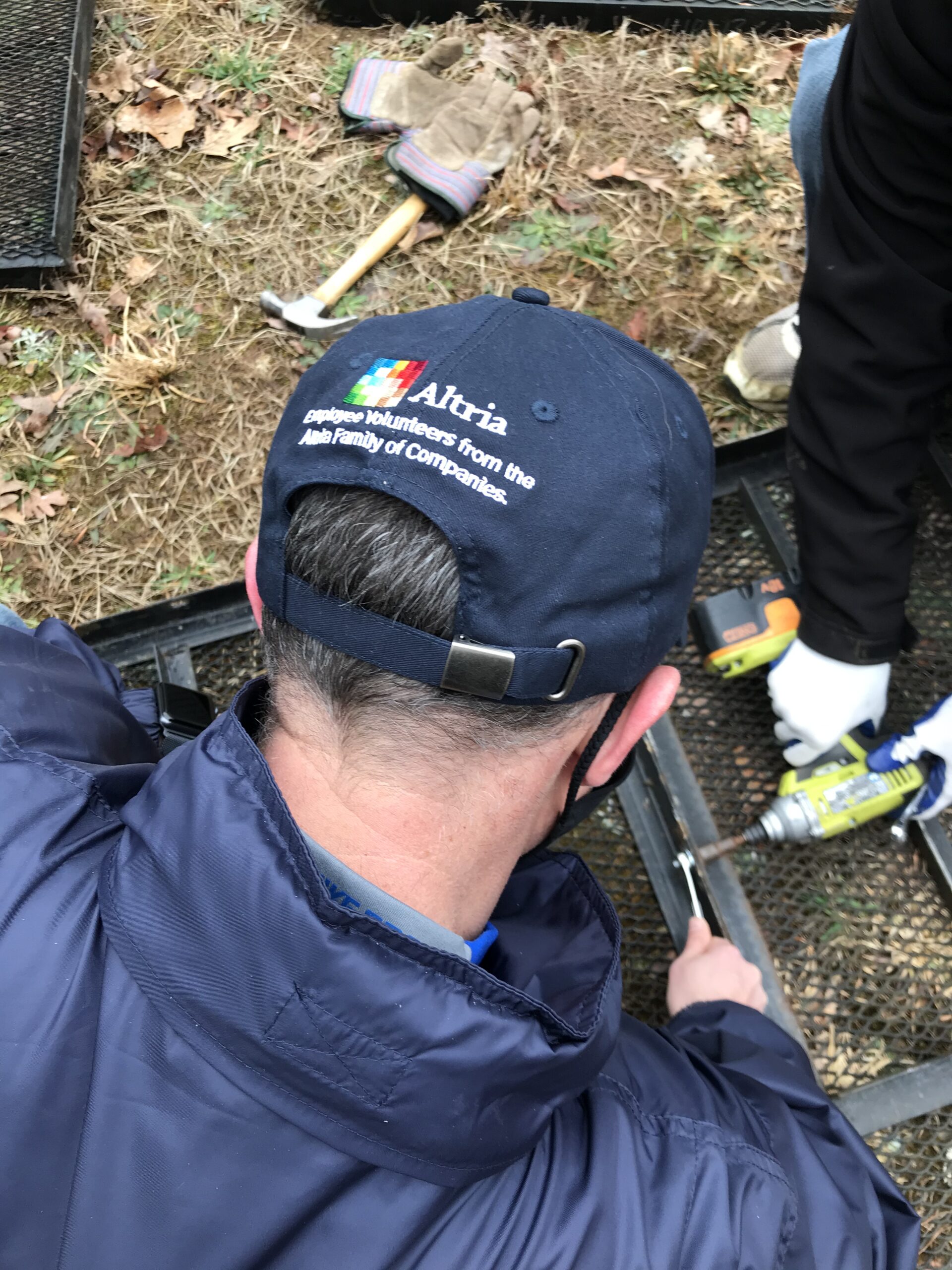 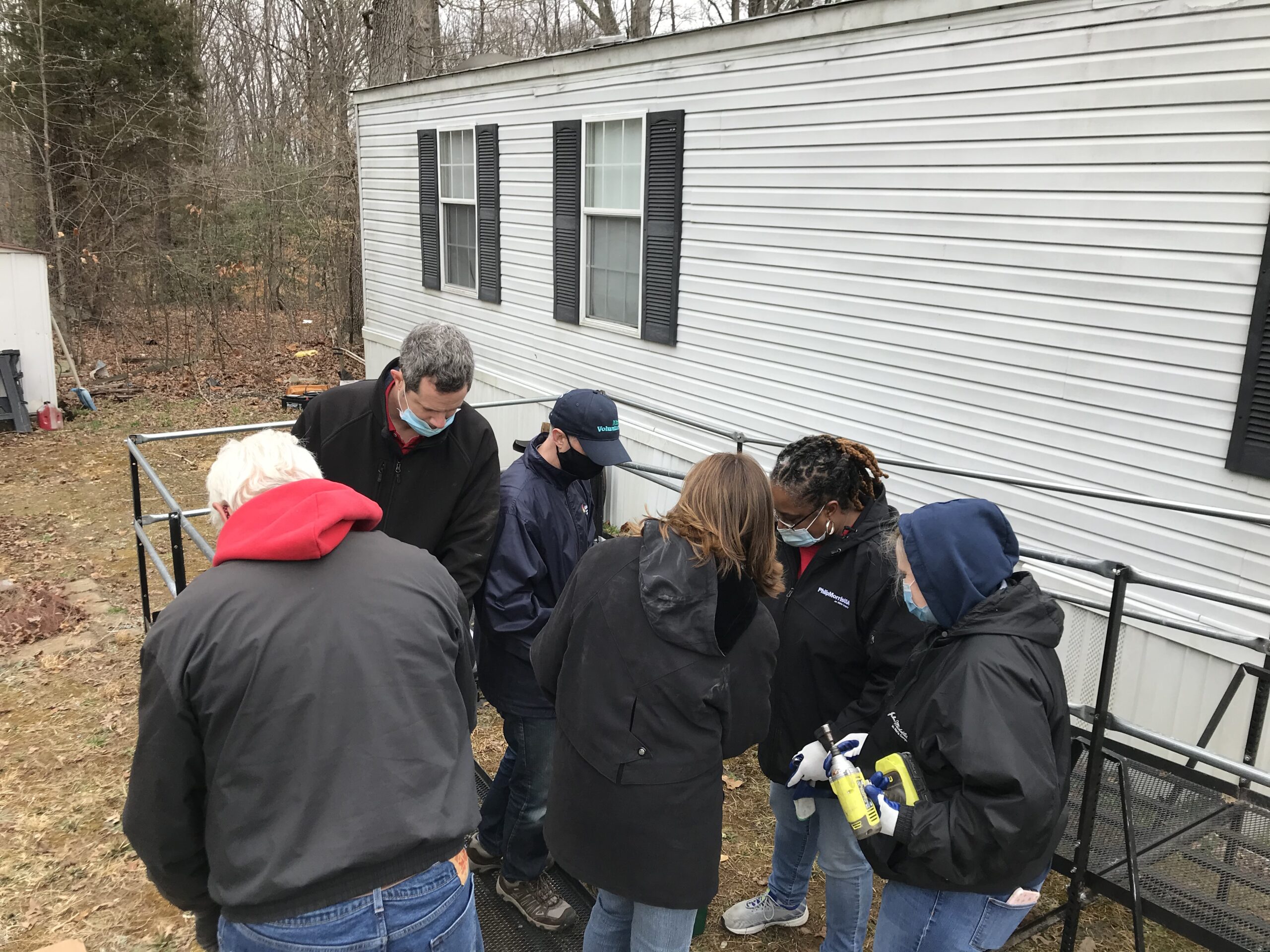 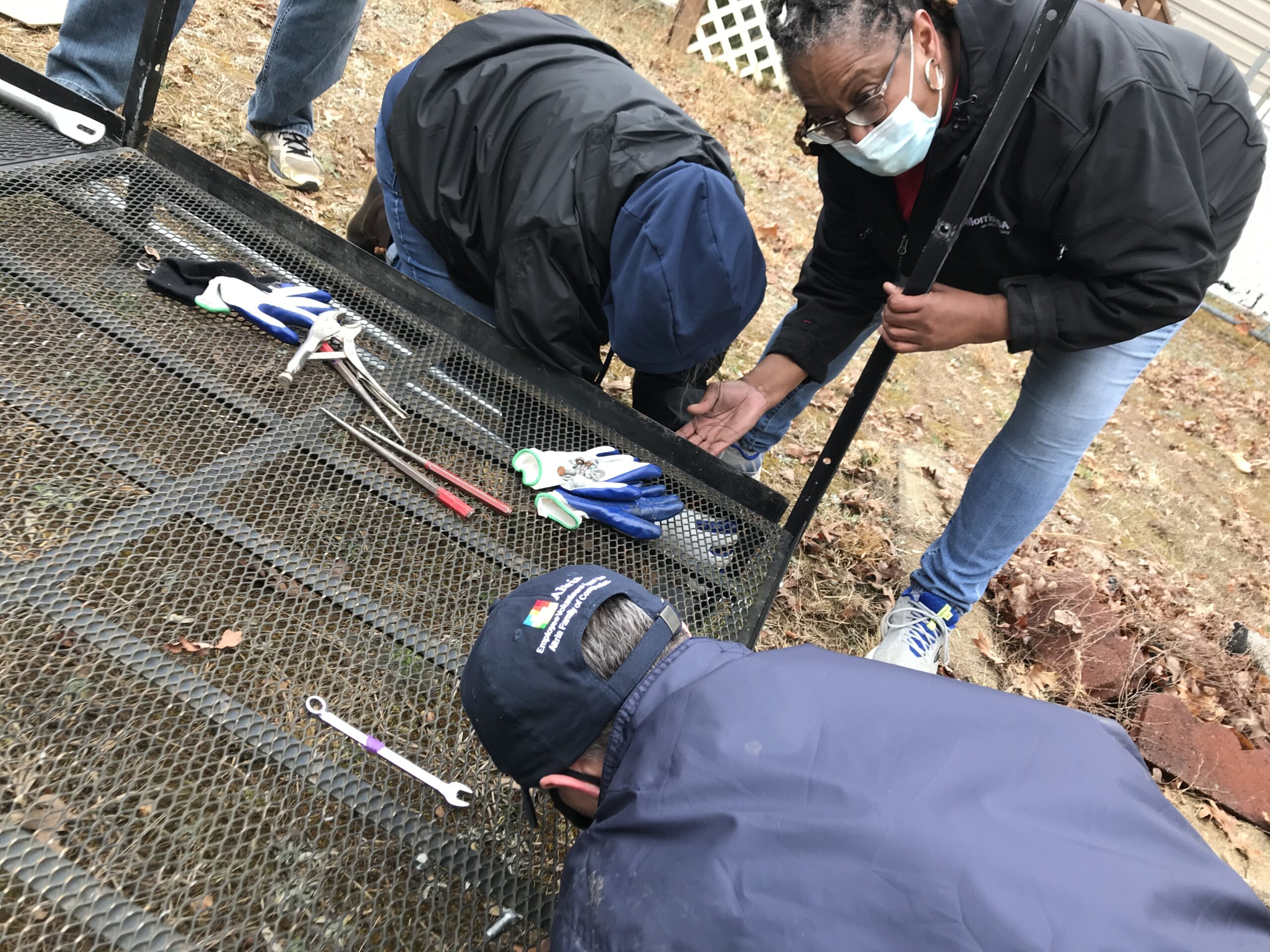 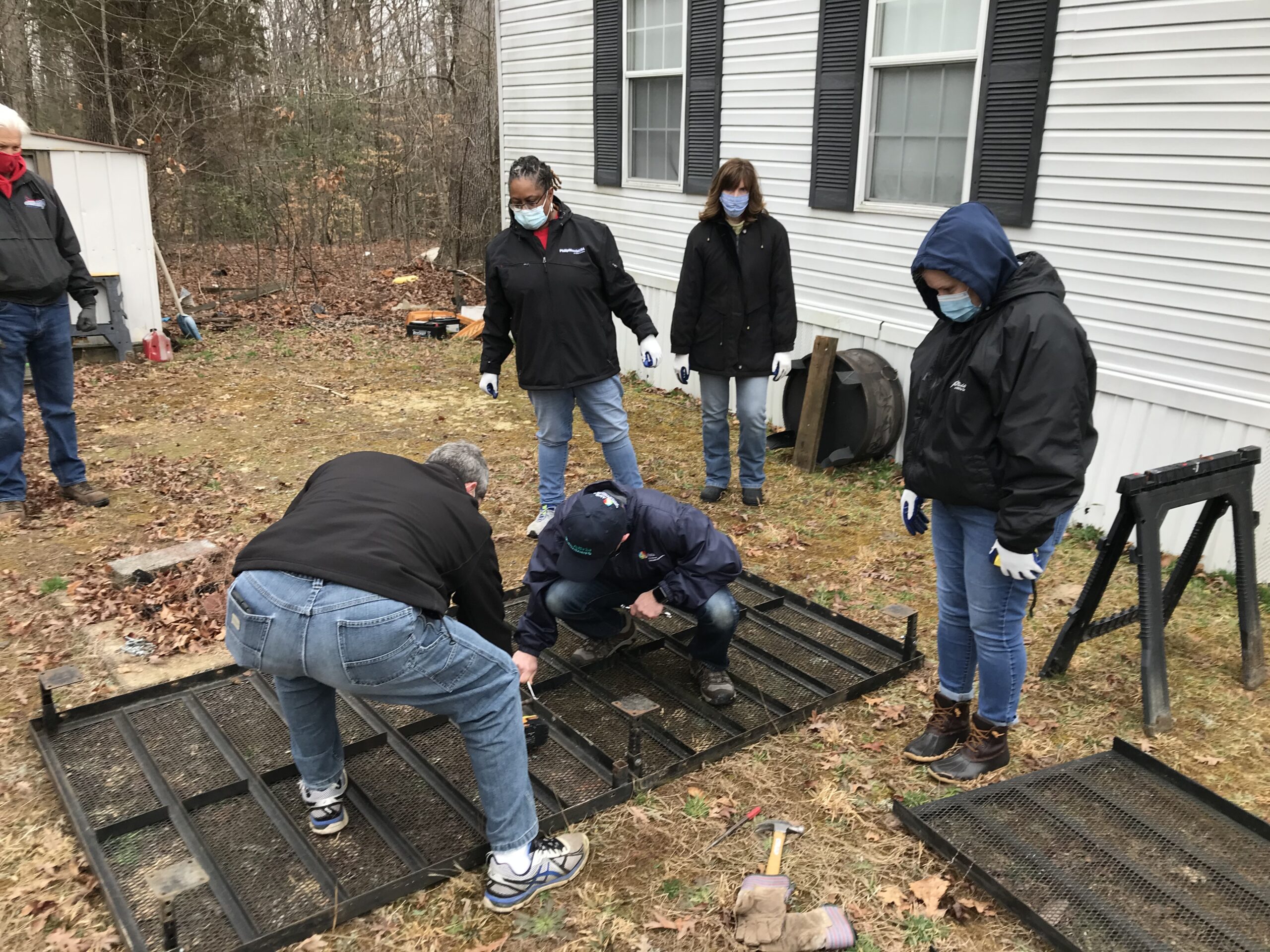 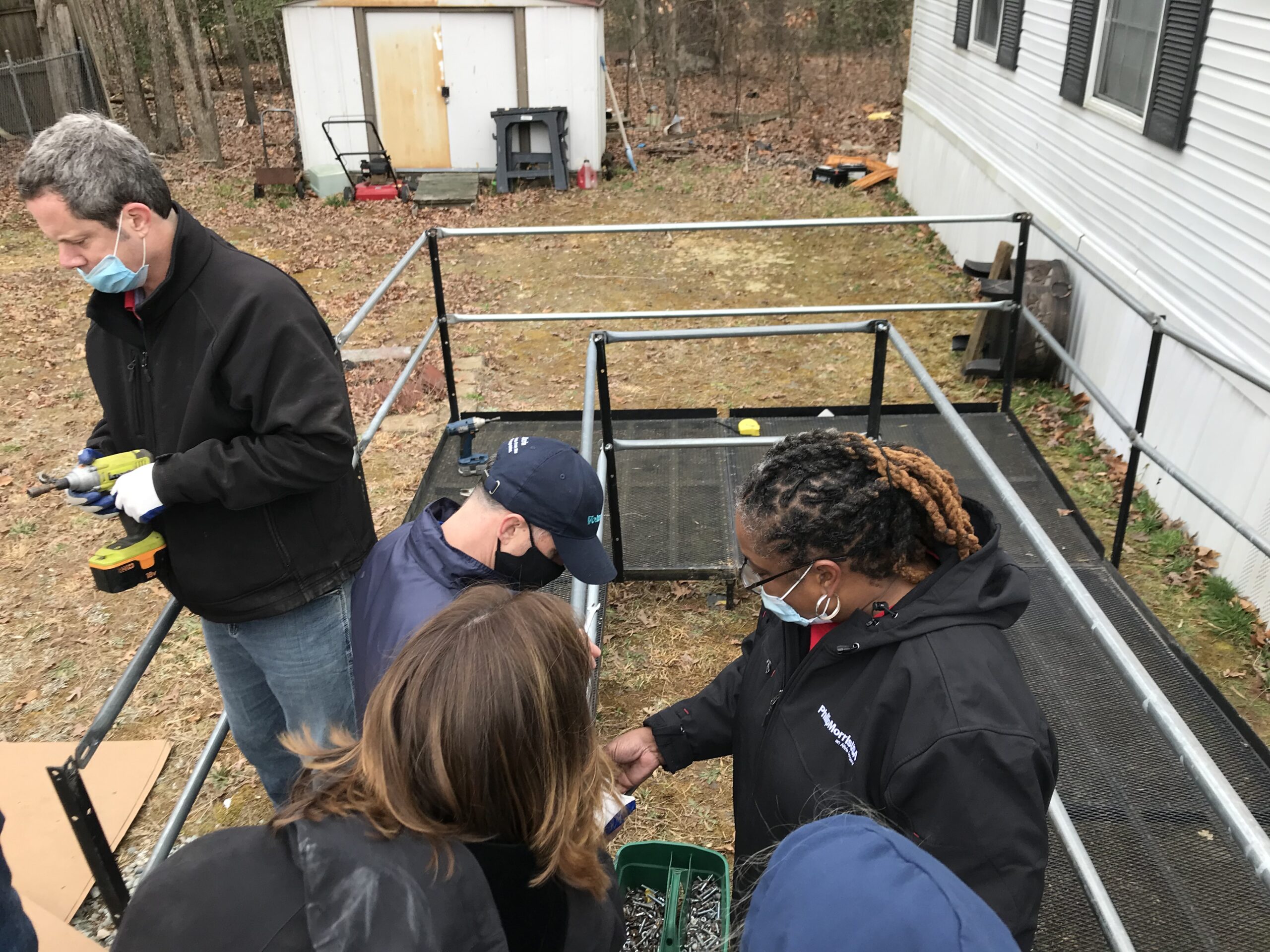 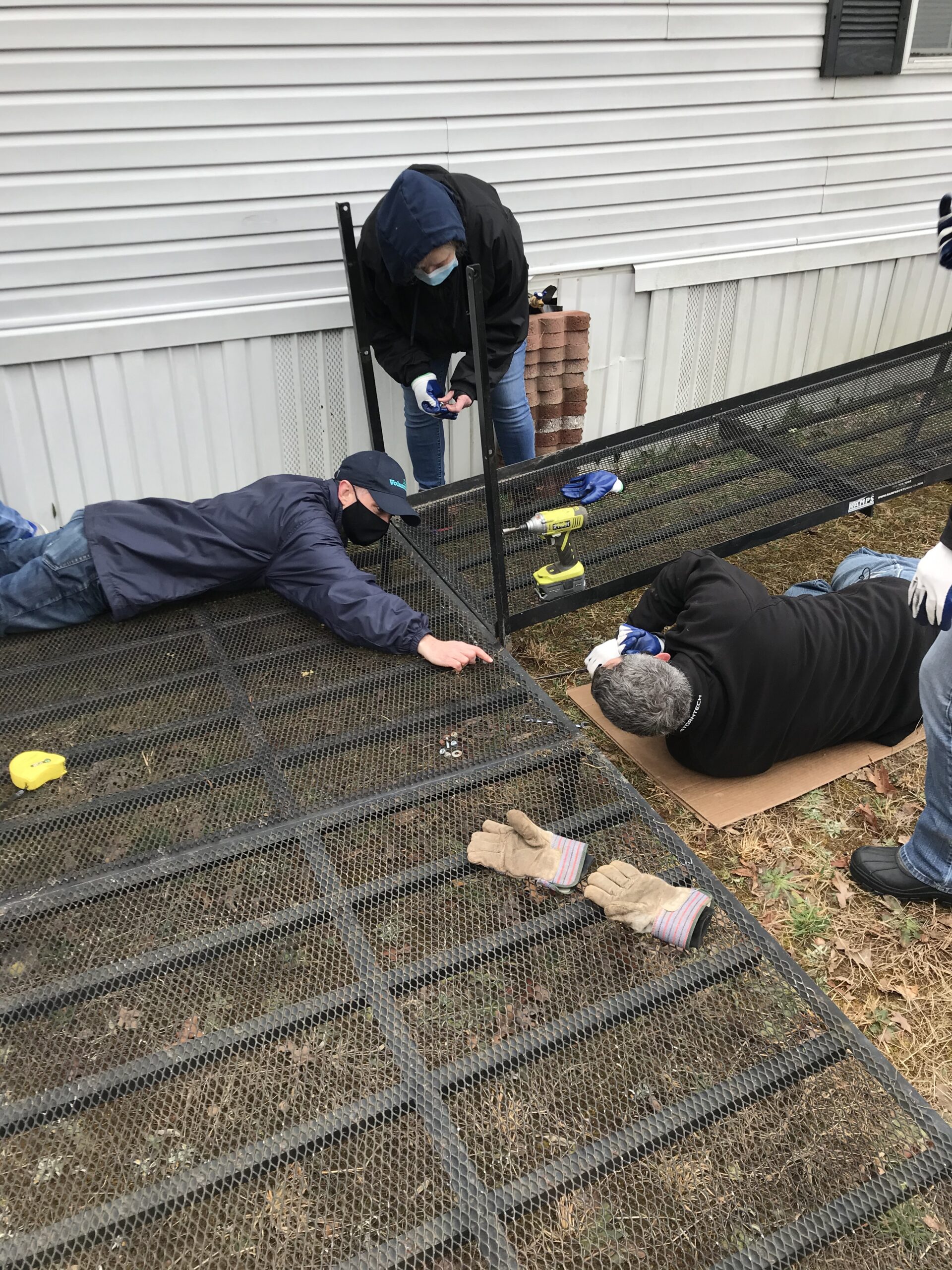 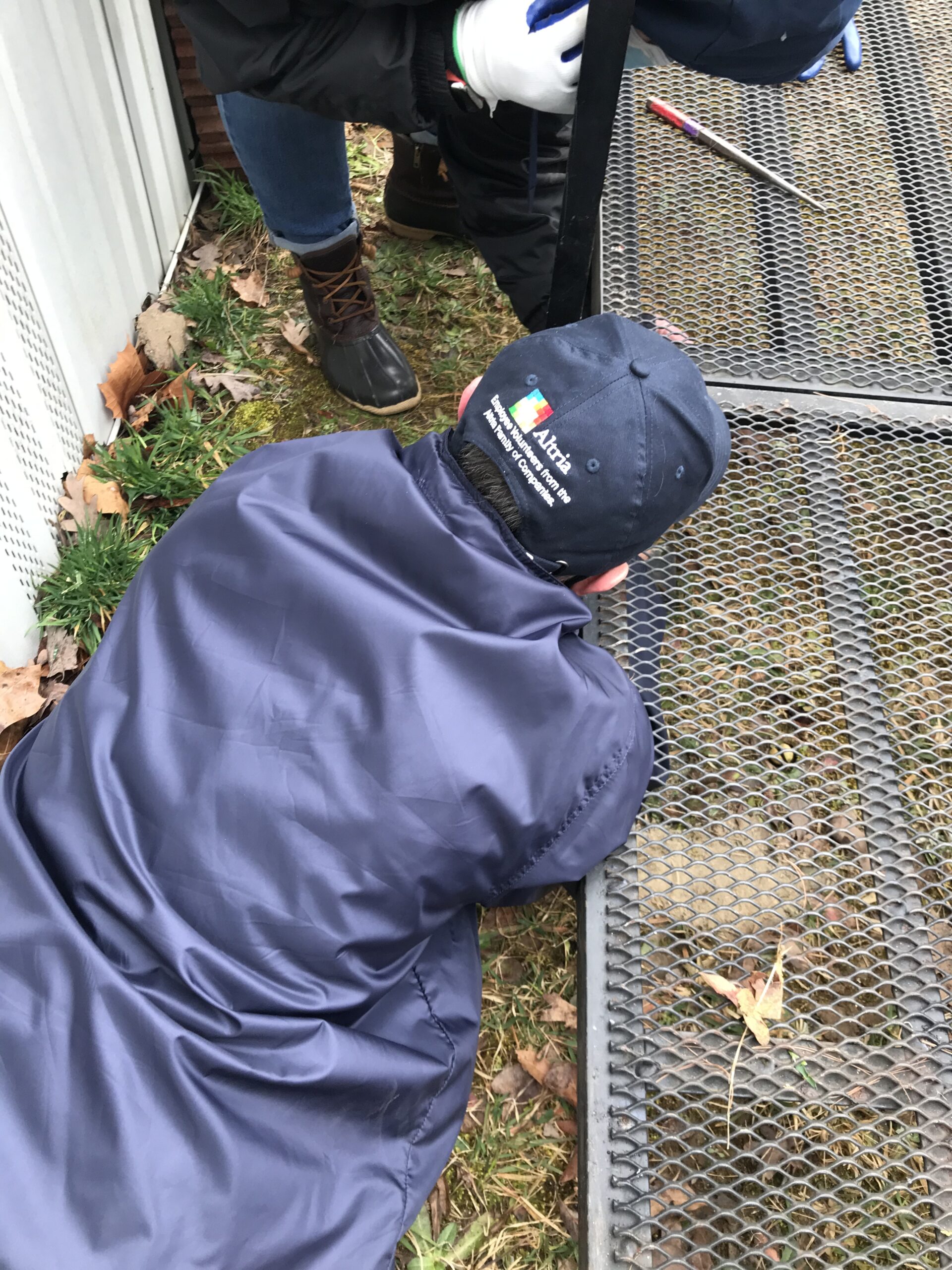 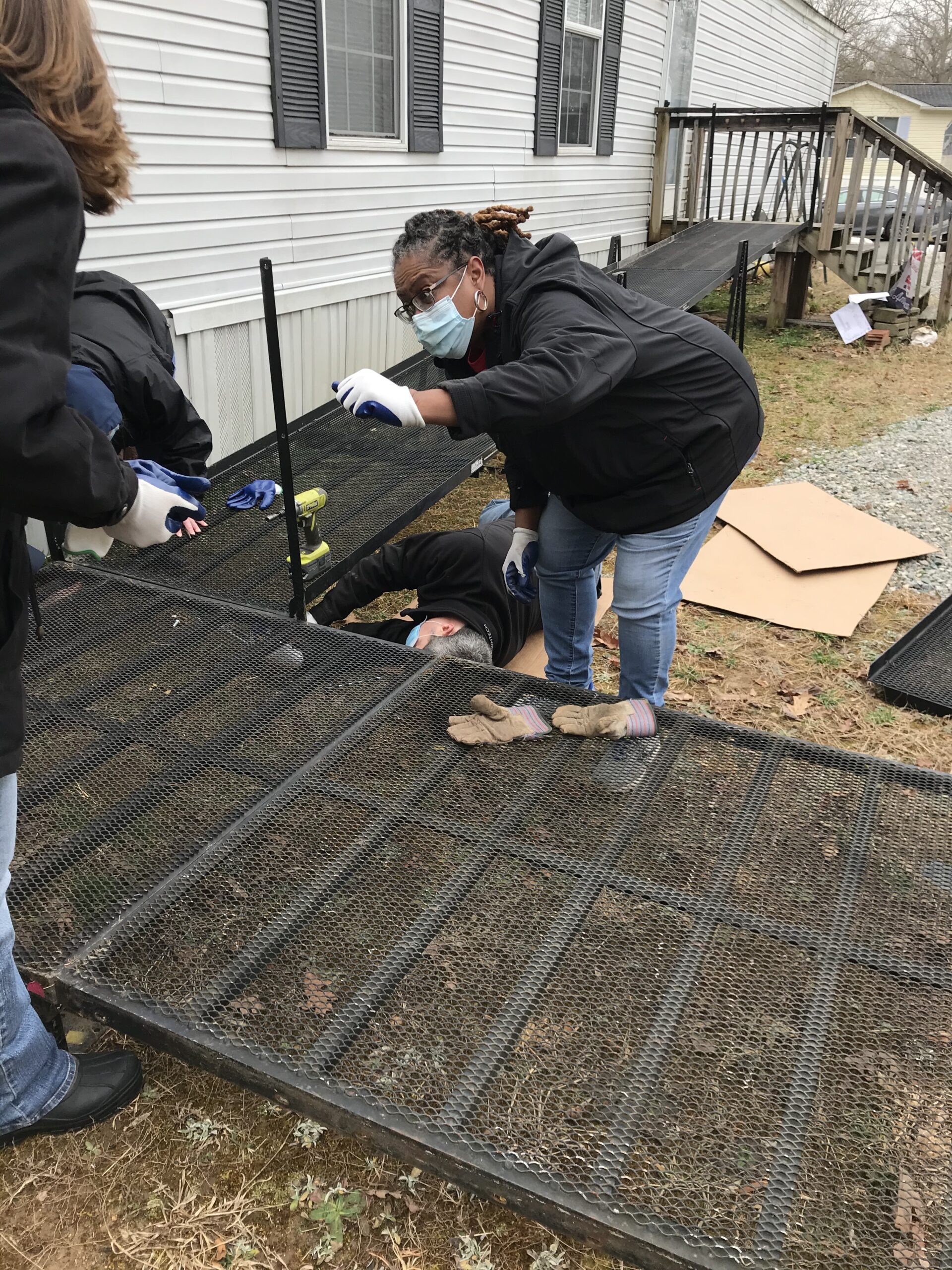 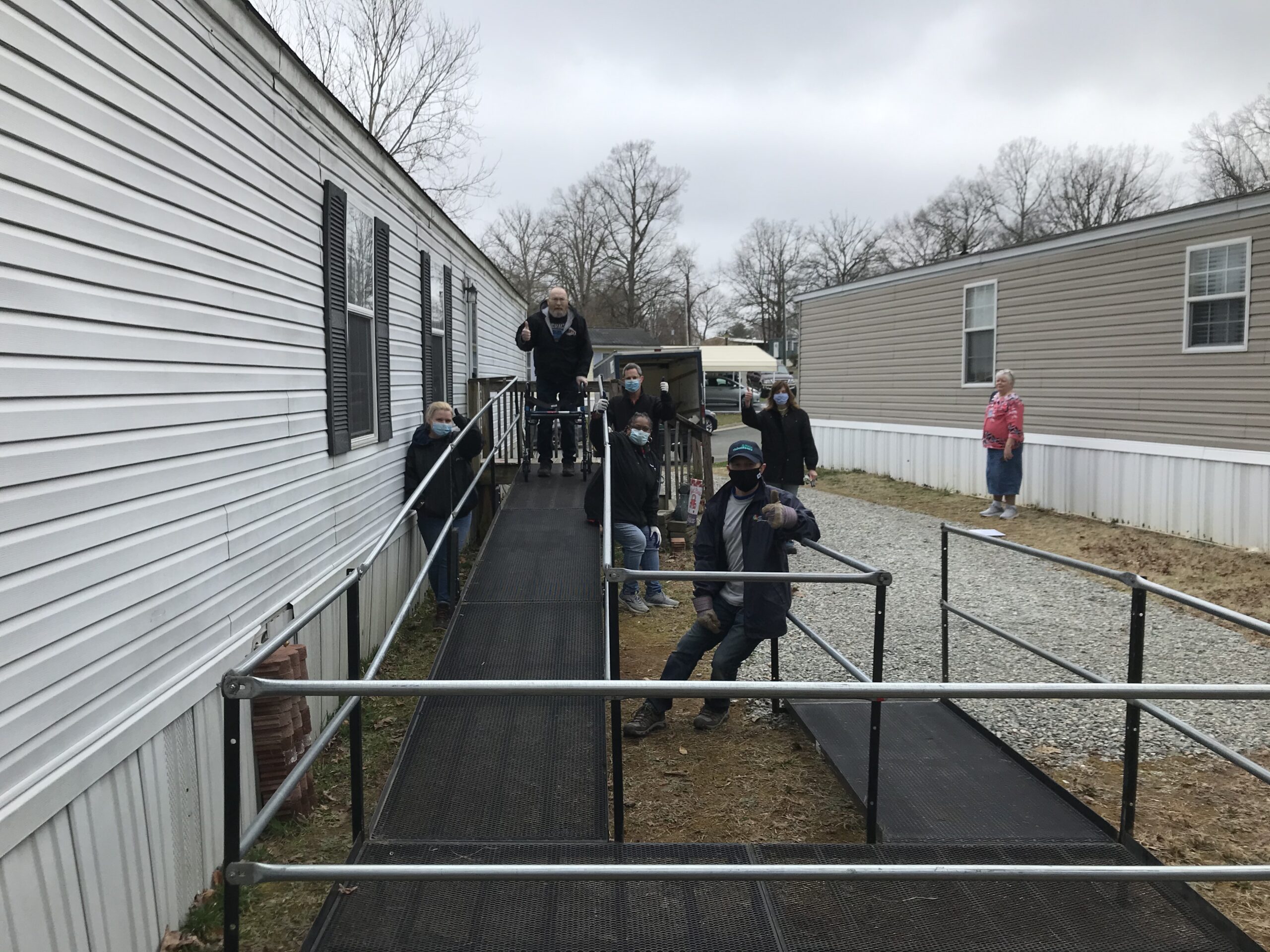